that gets inside your head.

How many filmmakers have worked with both the Rolling Stones and the U.S. Navy to break new ground in storytelling?

From a first-of-its-kind interactive music experience to virtual reality aboard a U.S. Navy aircraft carrier, Left of Creative remains on the cutting edge of digital content creation and at the forefront of storytelling.

While our focus continues toward unscripted and documentary filmed content for theatrical, VOD platforms and television networks., we are proud to announce the launch of NEXTFORCE STUDIOS for government and military organizationa seeking high-end film production, digital media services, strategic planning, solutions and products across the evolving landscape of virtual and mixed reality.

Visit NEXTFORCE STUDIOS for contracting vehicles and to learn how we can help your government or military organization.

David Bellino began his career as a music video director-producer for various recording artists, management companies and record labels.  During this time, Virgin Records selected Bellino to direct the Rolling Stones “Voodoo Lounge” interactive media title.  He continued with Virgin as a production consultant on the band’s multimedia-enhanced ”Stripped” album. Bellino then became the creative force and producer behind a number of digital media products for Universal, MCA, EMI/Capitol and Hasbro.  In 2013, he founded Left of Creative to expand creative and production services for corporate and government clients.  This growth has resulted in improved communications within the U.S. Navy, Marine Corps and U.S Department of Justice through dynamic storytelling, documentary filmmaking, and digital media.  Left of Creative remains a pioneer in virtual reality (VR) concepts, applications and production logistics. Bellino was one of the first filmmakers to showcase an immersive VR experience inside the cockpit of the F/A-18 aircraft and on the deck-plate of The Navy’s premier aircraft carrier USS Carl Vinson.  He’s an award-winning director-producer, having received Billboard accolades for his interactive media work.  With a proven track record across industry sectors, his work has made an impact for Universal Pictures, Lionsgate, Sony, BMG, MCA, Shell, VISA, U.S. Navy, U.S. DOJ, NASA/JPL, Hasbro, Virgin and more.

DJ Roller is the co-Founder of NextVR, acquired by Apple in 2020.  The company became the leader in live and on-demand virtual reality for sporting events, concerts and cinematic productions. Roller was responsible for building the team and securing world-class partnerships with the NBA, NHL, NFL, FOX Sports and Live Nation, while attracting investment from Time Warner, Comcast, Peter Guber and Dick Clark Productions.  As cinematographer, Roller captured the first live 3D sports broadcast of the NBA all-star game and first VR sporting event, also for the NBA.  Earlier in his career, Roller founded the production company Liquid Pictures, and took on the roles of producer, director and cinematographer on six IMAX 3D films and spearheaded production for the U.S Navy.  Roller has worked for numerous television and film studios such as Warner Bros., Fox Studios, Paramount Pictures, National Geographic, Discovery, NOVA/PBS, NBC, CBS, CNN, TNT, BBC and was the creator of History Channel’s award-winning Deep Sea Detectives series.  Roller collaborated on the design and build of the first digital 3D camera systems in partnership with James Cameron.  The camera was used for ground-breaking events such as U2 live in Argentina and eventually the blockbuster film Avatar. Roller has received multiple awards including KODAK Vision award for imagination and leadership in filmmaking, along with a primetime Emmy nomination. 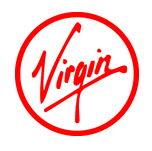 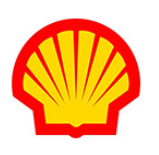